How to Effectively Integrate New Techniques into Your Playing

You’ve spent hours and hours on learning a new technique.

You’ve drilled it nearly to the point of making your fingers go numb. You’ve increased the tempo to the point where you can use the technique at higher speeds.

Whenever you go to jam or write or just noodle around on the guitar, the new technique you’ve taken great pains to develop is nowhere to be found.

Every time you try to use it, it sounds stilted and forced. It doesn’t sound natural, and doesn’t blend well with all of the other skills you already have.

Every time you try to use it in your playing, it’s like you suddenly go into “practice mode.”

You become like a robot, merely repeating the same exercises that you used to develop the new technique in the first place. It’s a mismatch with everything else you’re playing.

How do you effectively implement new techniques into your playing?

In this training, you’ll learn how to implement new techniques into your playing.

This is where all of the the hard work you’ve put into learning a new skill pays off.

You’ll increase your versatility as a player, expand your repertoire of skills, and turn something new and awkward into something natural and musical.

The best part is: this process is simple and you can see satisfying results within 10 minutes.

So go grab your guitar. It’s time to practice together.

There are many ways to do effectively implement new techniques into your playing.

But there’s one way that I have found to be the most helpful (by far).

It leads to the most satisfying and lasting changes to my playing, and integrates the new technique with everything I’m already good at in the shortest amount of time.

It also happens to be simple.

But like many things, much easier said than done. In fact, it its difficulty that makes it so effective. No pain no gain is a useful rule of thumb when it comes to this sort of thing.

Here’s what you do:

Write a riff in which some small part of the riff uses the new technique you’ve developed.

The riff needn’t be long. It can be as short as 4 bars, though I would shoot for a full measure, since it will give you more room to work with.

And if you aren’t familiar with the concept of measures or bars, don’t sweat it. You don’t need to be.

The point is: it can be short and sweet, and we’re not going for an Grammy here. You never have to show anybody what you come up with here. It’s for your ears only.

As my composer brother often says, “It doesn’t have to be good, it just has to exist.”

This takes the pressure to improvise off the table (which is its own skill worth focusing on independently, regardless of what techniques you use during your improvisation).

And it isn’t an overcommitment: you’re not making yourself write an elaborate guitar solo or entire song using the technique.

You’re not even making the entire riff one in which you’re using the technique. In fact, you are deliberately not doing that. You use the new technique in only a small, manageable part of the riff.

Think of it as a simple embellishment to everything else. It’s not the main dish. It’s the salt or the wine.

And the reason why you do this is because you want to integrate the new technique with skills you are already familiar with.

Don’t get me wrong… If you wrote the entire riff using the new technique, it would be helpful, too. But what you’re going for here is integration, since you’ve already been practicing the technique in isolation for a while.

At first, write the riff without concern for playing it perfectly or up to speed.

What matters is that you are putting the pieces together, and you’re finding a way to make the new technique something that you begin to see as a tool in your toolkit that you can deploy at will to accomplish certain sounds.

Note: If you are intimidated about writing riffs in the first place, I recommend you check out this training on creating before you’re ready and starting with something that already exists (instead of from scratch).

It’s an accessible crash course––carved out from the Guitar Acceleration Experience––on kickstarting your songwriting and creative abilities: 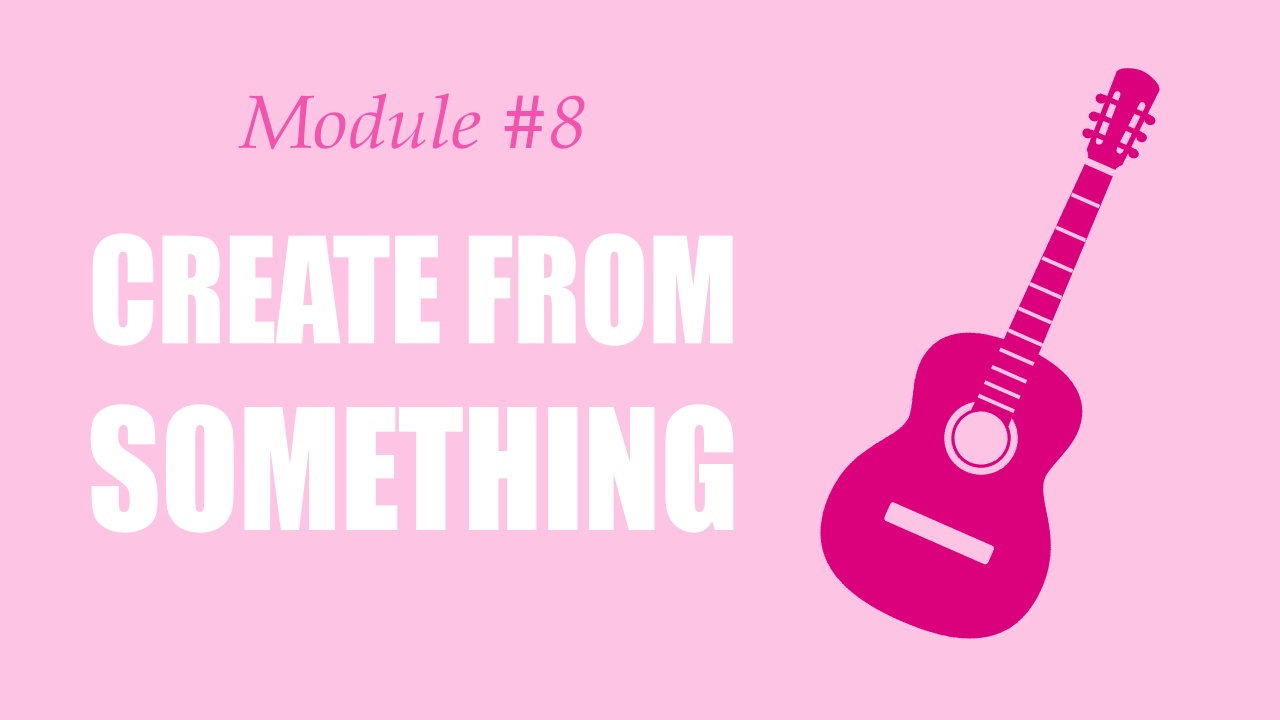 Once you have the riff written, you can practice it. Ironing out the mistakes. Bringing it up to speed. All of that.

But the main thing you want to emphasize is this:

Practice making the part where you use the new technique as natural and seamless as possible.

You want it to blend well, sound good, and eventually feel nearly effortless.

You can achieve this by putting most of your focus on the smoothing out the on-ramp and off-ramp moments where the new technique is used.

Meaning, you want to make the transitions between one technique to the next as transparent and fluid as possible.

Part of this is a mental exercise. Start to treat it like you treat everything else that you already play when you grab the guitar and start playing.

You’re just jamming the guitar, doing what you do. Making the new technique a part of your natural noodling.

Because that’s what will happen next.

After practicing this “integrative riff” for a while… Later on, you’ll start noodling, and you’ll naturally start to use the new technique. It’ll become a part of your vocabulary.

Now, it still might be a little disjointed. You might still be rather conscious of it (rather than unconsciously competent). This means that your playing might slow down, for example. Or it might sound out of place.

(Perhaps you’ve encountered someone who first happened upon the word “utilize…” and ever since, they use the word in every instance in which the word “use” would be a clearer choice. In utilizing the word “utilize” at every opportunity in which it can be utilized… it comes across as conspicuous and somewhat absurd).

But that’s okay. That’s part of the process. Trust that the new technique is making its way into your everyday repertoire.

And you can create opportunities for it to happen.

You can Be the Utilizer 🤓

Just like the “utilizer” mentioned above, you can find more and more moments where you can use the new technique.

Over time, it’ll start to work and mesh well with the rest of what you are playing. You’ll start to spot where and why it works, and know when to use it accordingly. You can establish balance and taste later.

For now, you just need to use it. Or, ahem, utilize it.

You can speed up this process a fair amount by writing multiple riffs where you interweave this technique within. And as you write multiple riffs, some of them can feature the new technique more prominently than others.

If you want to take it to the next level and integrate the new technique even faster, write riffs that match multiple different contexts.

Make a main riff,
a verse riff,
a chorus riff,
a bridge,
a piece of a solo.

These are all different contexts. And they are contexts that can be combined and mixed-and-matched in various ways.

The more contexts you use the new technique in, the faster it becomes familiar to you.

You can accelerate this process and befriend the new technique faster by “hanging out” with the technique in different “settings” more often.

Many players leave this to chance. With luck, they end start to use the new technique in new contexts.

But if you take charge of this process and do it deliberately, you’ll reap the rewards sooner rather than later. And you can direct it and measure your progress in real-time.

So here’s your action plan for your next practice session:

Spend an hour writing a riff or multiple riffs in which you use the new technique during some small part of the riff.

The riff doesn’t even have to be good or musically interesting. It’s just gotta exist.

If it’s tough, that’s a good sign. It means you’re stretching your capacities. If it comes easily to you, that’s good, too. It just means that you’re already making the new technique a natural part of your repertoire!

If you write 2-3 highly varied types of riffs by the end of the hour… you will already be drastically more equipped to effectively implement the new technique into your playing.

And with that, I’ll leave you to it.

Be sure to share with me what you come up with, I’d love to check it out!

Up Next: Losing Interest in the Guitar?